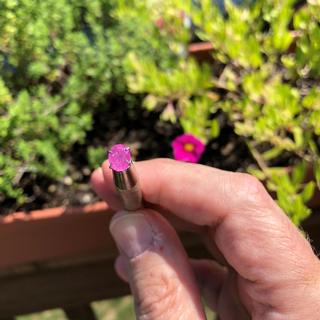 Description: **SOLD** Unique ruby from Tanzania Africa. 1.19 carat oval. Let us create a custom ring or necklace for you with it. Oval shape gemstone. This ruby is unheated. The dimensions of this ruby are 6.52 x 5.18 x 4.18 mm.

Named from the Latin ‘ruber’ (red), Ruby’s beautiful crimson hues embody the color of love, passion and romance. Ruby remains highly coveted and one of the world’s most expensive gemstones.

Also known as Songea Ruby, Tanzanian Ruby displays intense bright reds with a medium tone and saturation that are the marketplace ideal. Transparency and inclusions affect Ruby’s color and subsequent beauty, making experienced lapidary that negates color unevenness due to zoning (location of color in the crystal versus how the gem is faceted) and excessive windowing (areas of washed out color in a table-up gem, often due to a shallow pavilion) absolutely critical.

While a gemstone’s colors should ideally remain beautiful in any light source, Tanzanian Ruby looks best when viewed in natural light or under incandescent lights. While Rubies can display a strong glowing electric red fluorescence in natural light, Thai, Cambodian, Tanzanian and Thai Rubies lack strong fluorescence due to their high iron content.

Red is the color of our most intense emotions—love and anger, passion and fury. It’s associated with objects of power and desire—like fast cars and red roses. Early cultures treasured rubies for their similarity to the redness of the blood that flowed through their veins, and believed that rubies held the power of life.

Ruby is one of the most historically significant colored stones. Rubies are mentioned four times in the Bible, in association with attributes like beauty and wisdom. In the ancient language of Sanskrit, ruby is called ratnaraj, or “king of precious stones.”

In the first century AD, the Roman scholar Pliny included rubies in his Natural History, describing their hardness and density. Ancient Hindus believed that those who offered fine rubies to the god Krishna were granted rebirth as emperors. 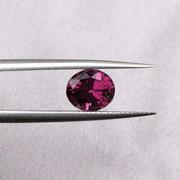 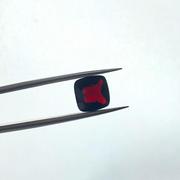 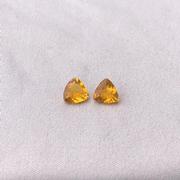 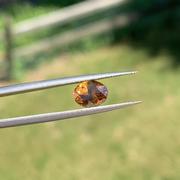