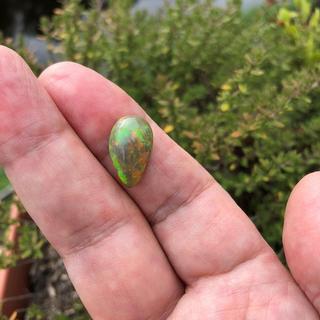 Description: **SOLD** Beautiful dark base opal from Ethiopia. This opal is 6.6 carats of wonderful color. Will make a fabulous ring outlined with a diamond halo. Lets us make you a custom ring with it.

Just recently a new discovery of gem crystal and hydrophane Opal was discovered in Ethiopia. Ethiopian Opal was found in Gondar which was at first called desert Opalbut it is from a plateau in the highlands. The main field which is creating a lot of excitement now is from a field called Welo.


The name opal evolved from the Roman word "opalus" which traces its roots from the Greek's "opallios " meaning to see a change of color. This Greek word is likewise a revision of the ancient Indian Sanskrit's "upala " which means precious stone.

The development of this gemstone started millions of years ago when a mixture of silica and water flowed into cracks and holes in the ground. Over time it hardened and solidified to turn into opal.

Ethiopian Welo opal is a hydrophane meaning that it can soak up water like a sponge. When hydrated the stone becomes more translucent and the play of colors more defined. After it releases water it reverts back to opaque.

• Opals are often considered a lucky charm that brings beauty success and happiness to its wearer.

• The ancient Greeks believed that opals brought powers of foresight and prophecy.

• The Romans considering them to be the symbol of hope and purity.

• Ancient Arabs believed that they fell from the heavens in flashes of lightning. Based on this tradition opals were believed to protect against lightning strikes and bad elements.

• Queen Victoria was a fan of opals. Her five daughters and immediate circle received gifts containing this fine gemstone. It became a much coveted piece since the Royal Court of Britain was considered the model for fashion at the time. 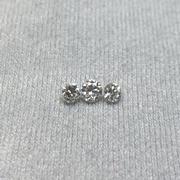 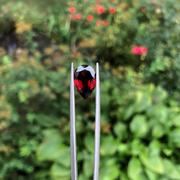 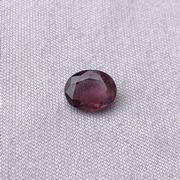